Among renewable sources of energy, humans have long recognized the power of water. At the places where freshwater and saltwater meet, for example, there are vast amounts of potential energy to be tapped—enough, in theory, to supply 40 percent of global electricity needs.

The process is called salinity gradient energy, and it’s a new area of focus for environmental engineer Bruce Logan. But it’s also a continuation of the work he’s been doing at Penn State for twenty years. 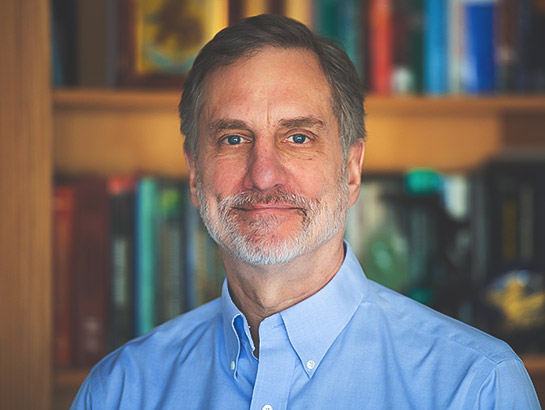 Department of Civil and Environmental Engineering

“Energy demand is not going to be met in any one way. It’s going to have to be a multi-pronged approach. What we’re doing is investigating and inventing new technologies that can fundamentally alter how we’re meeting energy demands.”

Around the time he arrived at Penn State, Logan was inspired by the words of Nobel laureate Richard Smalley, who famously called the need for energy humanity’s greatest challenge.

“We use about five percent of global electricity just to maintain our water infrastructure,” he says. “Treatment, distribution, collection, conveyance. That’s not sustainable globally when you consider that a billion people lack sanitation, and two billion are really struggling to have access to potable water.”

Drawing on his training in environmental biotechnology, Logan set about trying to develop a method of treating wastewater that would not require energy. What he came up with—the microbial fuel cell—is even better: a system that actually generates electricity from wastewater while the water is being treated. Bacteria liberate electrons as they digest the organic matter in the water during the treatment process. When these free electrons are fed into an electrochemical circuit—a fuel cell—they can be used to generate power.

There’s a growing need for cheaper, more efficient desalination techniques, both here and around the world. 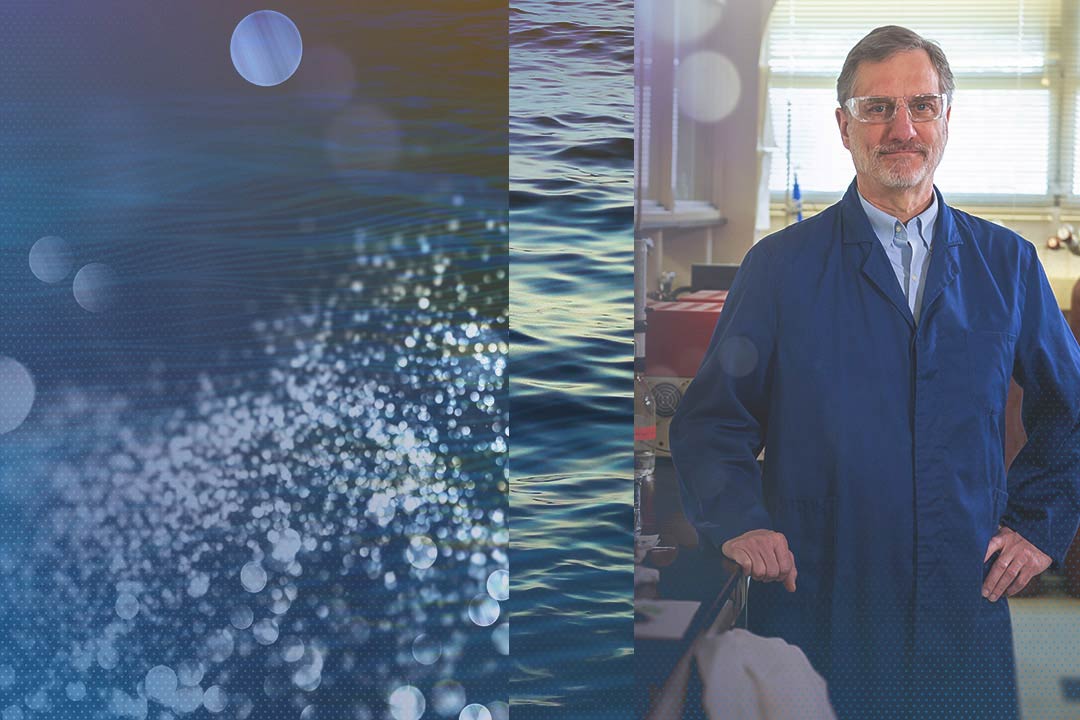 Logan has long since proven that microbial fuel cells can produce electricity from ordinary domestic wastewater, as well as from farm, food processing, and industrial wastewater streams. “Virtually any biodegradable material can be used to produce power,” he says. “Today, there’s probably not an environmental engineering program in the world that hasn’t experimented with this.”

But back in 2003, when he set up his first demonstration cell, “people looked at me like I was crazy.” He credits the Kappe endowed professorship, and the wealth of facilities Penn State made available, with freeing him to explore these uncharted waters. “It’s really made a difference, to me and to the people I’ve trained,” he says. “There are a lot of people doing this now, because we established the field.”

Creating a Multitude of Solutions

From wastewater and fuel cells, Logan progressed to desalination, a logical extension of his expertise. “More and more across the U.S., we’ve drawn down our aquifers and we’re increasingly relying on brackish, or slightly salty, water,” he says.

There’s a growing need for cheaper, more efficient desalination techniques, both here and around the world. To address this demand, Logan devised a new, low-energy method using electrochemistry. “It’s basically pulling salt ions out of solution using sodium-specific electrodes,” he says. As it happens, this same technology, run in reverse, can be used to produce salinity gradient energy.

“Instead of using electricity to pull ions out,” he explains, “you’re moving those ions through a flow cell, creating .

“It’s like water flowing over a dam 270 meters high—that’s how much energy you could get from a freshwater-saltwater interface. But, of course, it’s more complicated than that.” Earlier approaches by other researchers have run into problems including fouling of the fine mesh membranes used to remove salt and failure to withstand the pressures of mixing. None of these approaches have been able to demonstrate the level of efficiency that would make its use worthwhile.

“Realistically, the best place to implement this would be in wastewater treatment plants that discharge into the ocean…Boston, New York, Philadelphia, Los Angeles, San Francisco. These are places where we treat water to very high quality, and then we just throw it away.”

Logan’s flow cell approach, however, combines the best aspects of these earlier methods in a system that works something like a battery. A prototype constructed with assistant professor Christopher Gorski and postdoctoral scholar Taeyoung Kim in 2016 achieved twice the power density of previous techniques. Gorski recently received an NSF CAREER grant to look for ways to boost that output even further.

The next step would be to scale up the technology in a way that is cost-efficient, no small feat. But even if this can be achieved, Logan says, it’s not likely we’ll soon see gigantic flow cells deployed on our river-seawater shores.

“Realistically, the best place to implement this would be in wastewater treatment plants that discharge into the ocean,” he says. In the U.S. alone, that could prove to be a substantial niche. “We’ve got a number of major cities right along the coast: Boston, New York, Philadelphia, Los Angeles, San Francisco. These are places where we treat water to very high quality, and then we just throw it away.

“Maybe we can figure out a way to get some energy out of that.” 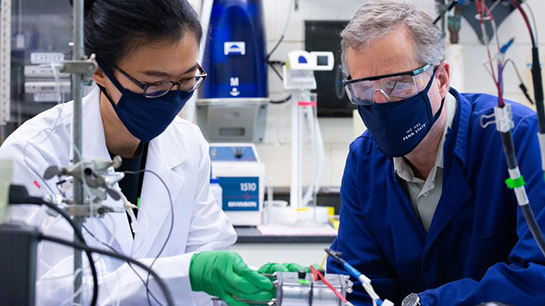 The power of the sun, wind and sea may soon combine to produce clean-burning hydrogen fuel, according to Logan and a team of Penn State researchers. The team integrated water purification technology into a new proof-of-concept design for a seawater electrolyzer, which uses an electric current to split apart the hydrogen and oxygen in water molecules. This Penn State News article (September 29, 2020) highlights the team’s work. 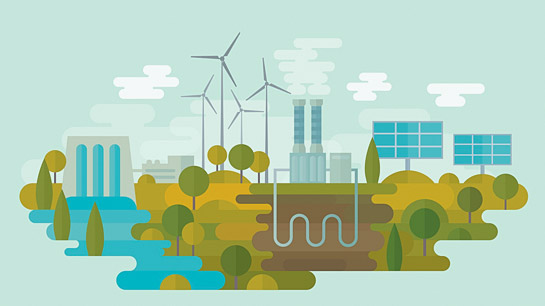 In May of 2018, Logan received funding from the provost’s office to launch “Energy 2100,” a multi-year initiative to harness Penn State’s vast and wide-ranging activity in the area of renewable energy research. The goal, Logan says, is to maximize the University’s contributions toward creation of a carbon-neutral global energy economy by the turn of the next century. A Q&A published in Penn State News (March 11, 2019) offers an overview of the initiative and goals. 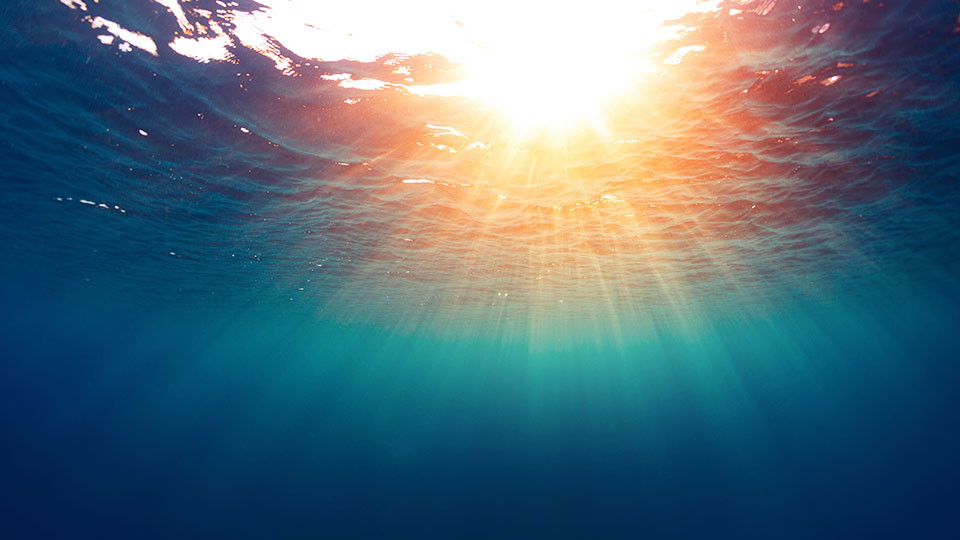 As the land-grant university for the energy-rich state of Pennsylvania, it isn’t surprising that Penn State counts among its core strengths a broad and deep expertise in energy-related research. Today, in areas from materials science to policy, from environmental chemistry to architectural and electrical engineering, the range and quality of our research make Penn State a world leader in energy research. This Penn State News article (November 9, 2018) provides a sampling of the innovative work Penn State researchers are doing to create and use energy.