While legislators and researchers work together to develop treatment options and solutions for the nationwide opioid crisis, community members, schools, and caregivers have turned their focus to developing ways to protect future generations from substance abuse. To help build resilient families in Pennsylvania, Penn State researchers like Janet Welsh are taking prevention research out of the lab and into communities where it matters most.

As the coordinator for the PROSPER team in Pennsylvania, Dr. Welsh works with the Edna Bennett Pierce Prevention Research Center and Penn State Extension to develop and deliver science-based prevention programs to Pennsylvania middle schoolers. Since starting research in 2001 with a sample of more than 11,000 children, PROSPER (PROmoting School-community-university Partnerships to Enhance Resilience) has seen significant improvements in family life and youth development as well as reductions in teenage delinquency and substance abuse. 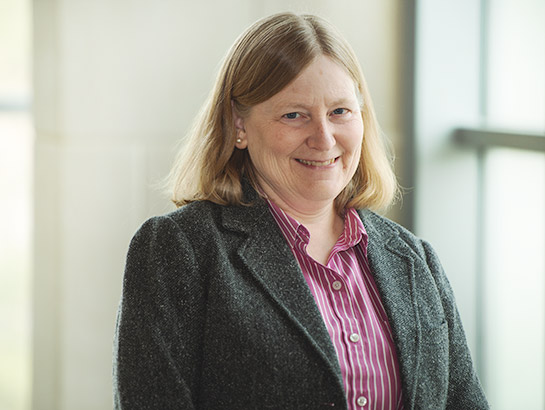 College of Health and Human Development

“We aren’t going to solve the whole problem of drug abuse ourselves, but because of our clear mission and track record of success, we can be a piece of the solution.”

Funded by a $9.9 million grant from the National Institute on Drug Abuse (NIDA) and built as a partnership with Iowa State University, PROSPER consists of collaboration between prevention scientists like Welsh, schools, community stakeholders, and Penn State Extension educators.

According to Welsh, PROSPER stands apart from existing prevention projects because of its emphasis on delivering high-quality, research-based programs both outside of and within the classroom.

As part of Penn State’s Edna Bennett Pierce Prevention Research Center, Welsh and the PROSPER team have developed a suite of prevention programs based on extensive research, which target the early teen years when these programs are most effective.

“Our research has shown that middle schoolers are at the age where it’s getting close to when they might start experimenting with substances, but it’s not so far down the road to where they have already developed a problem,” Welsh said.

In sixth grade, children and caregivers participate in the Strengthening Families Program: for Parents and Youth 10–14, an extracurricular program designed to build the familial bonds that can support children’s behavior down the line. 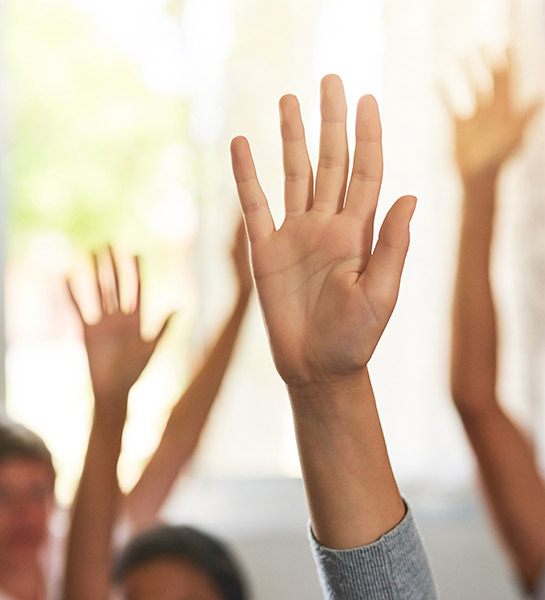 “Kids who participated in PROSPER programs in middle school were 15 percent less likely to misuse prescription opioids by young adulthood, and this difference is very important to a community’s public health.”

“We help parents set limits in a sensible way, agree on shared family values, and pay attention to where their kids are and who they’re with,” Welsh said. “These are very simple tools that protect teens at a very vulnerable time.”

In seventh grade, teens participate in a program as part of the school curriculum, which focuses broadly on building social-emotional and decision-making skills to avoid using substances like alcohol, cigarettes, and marijuana.

Since the project started, the team has published more than one-hundred research studies and has seen positive results both on the quality of family life and in lowering substance abuse and delinquent behavior.

“We found that by twelfth grade, youth who participated in PROSPER programs were less likely to binge drink and use illicit substances,” Welsh said. “Kids who participated in PROSPER programs in middle school were 15 percent less likely to misuse prescription opioids by young adulthood, and this difference is very important to a community’s public health.”

In addition to the societal benefits of preventing teenage substance abuse, Welsh says the program also brings with it economic benefits for communities. According to NIDA, the costs of tobacco, alcohol, and illicit drug use to the U.S. economy is estimated at more than $740 billion annually.

“When you look at the opioid problem in its totality, issues communities are struggling with are the lack of treatment options and their high cost,” Welsh said. “Prevention programs, on the other hand, are much less expensive to implement and can save lives and tax dollars.”

“Penn State Extension’s presence in rural communities throughout Pennsylvania is essential to delivering these evidence-based programs.” 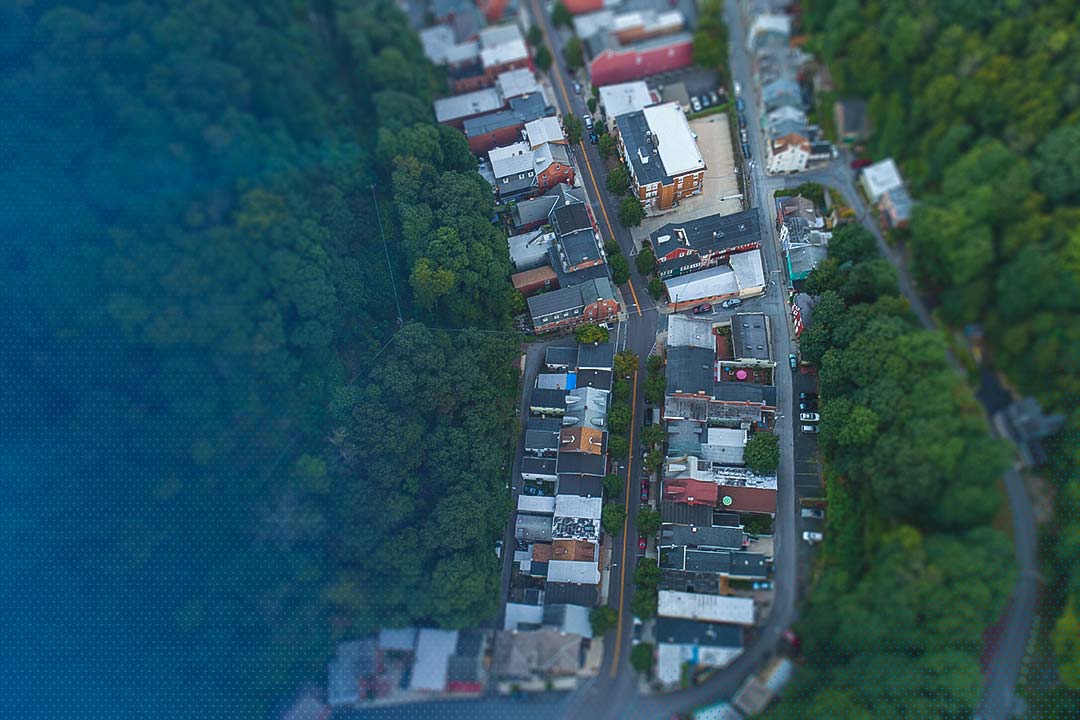 Change Starts in the Community

To deliver these programs, PROSPER leverages the reach of Penn State Extension, which provides research-based support to the sixty-seven counties throughout Pennsylvania in subjects ranging from horticulture and agriculture to 4-H youth development and family well-being.

Extension educators oversee regional PROSPER teams working with school districts, government agencies, and families to deliver the programs in their local schools and communities. In the eighteen years since it started, PROSPER programming has been implemented in more than thirty counties across Pennsylvania.

“Drug and substance abuse is a critical issue that our nation is facing, and it’s no different here in Northeastern Pennsylvania.” —Karen Thomas

Karen Thomas, an Extension educator in Scranton and team leader and co-chair of the Pennsylvania PROSPER team, has been with the project since 2004. Thomas works in Carbondale, one of PROSPER’s original research sites. Having seen the success had there, surrounding areas like Riverside, Western Wayne, and Wallenpaupack have since come on board.

“Drug and substance abuse is a critical issue that our nation is facing, and it’s no different here in Northeastern Pennsylvania,” Thomas said. “I have some of the original team members who, after all these years, are still giving 110 percent because they believe in the positive effects these programs are having on our communities.”

Welsh sees these strong relationships with Pennsylvania communities as central to Penn State’s mission, and Extension plays a large role in bringing that to life.

“The land-grant mission is about spreading Penn State technology out into the community. It doesn’t have to be specific to farming technology, it can be our prevention technology,” Welsh said. “We work closely with Extension educators to use research-based programs to save lives and build healthy communities.” 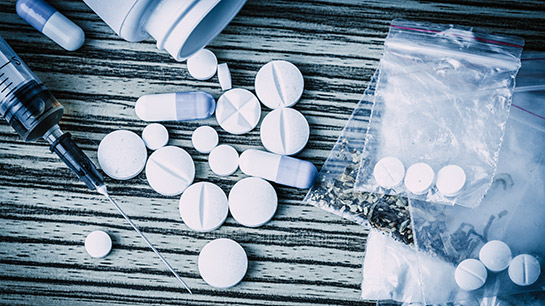 Motivated by the opioid epidemic that is deeply affecting communities across the nation, Penn State is consolidating its resources to address the opioid crisis and the larger problems of substance abuse in Pennsylvania and beyond via its newly launched Consortium to Combat Substance Abuse (CCSA). CCSA will draw on the expertise of researchers, educators, and practitioners from Penn State campuses across the state to develop and implement effective programs, policies, and practices aimed at preventing and treating addiction and its spillover effects on children, families, and communities. 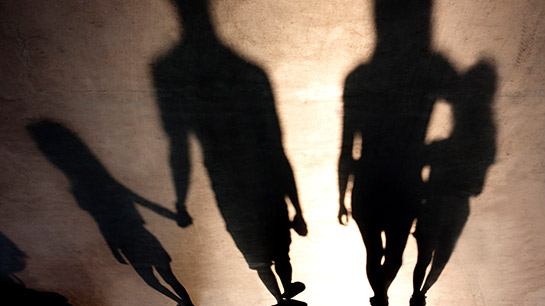 Penn State’s Edna Bennett Pierce Prevention Research Center is an international leader in prevention science. Since 1998, the center’s focus has been on improving the health and well-being of children, families, and communities, particularly those most vulnerable. They accomplish this by conducting research; providing technical assistance; developing, implementing, and evaluating innovative programs; and translating research to policy.

A Voice for All