UNIVERISTY PARK, Pa. -- As the first students to participate in the Penn State School of International Affairs’ new education abroad programs, Amani Alkhiami, Karen Coker, Patrick Kenani and Tiffany Louk all visited different countries and had different experiences—but they all agree on one thing: studying abroad was the right choice for their education and their future careers.

“This was a very important experience for me, both as a student and as a person,” said Alkhiami, who spent a semester studying at the University of Leeds in the United Kingdom. “Even just coming back to Penn State, I think I have more knowledge and passion for what I want to do, and a greater sense of what I want to focus on in my education and my career.”

For Alkhiami, who came to the United States from Saudi Arabia to study at Penn State, her trip to the U.K. helped her continue to push herself outside her comfort zone and expand her horizons. Her courses and time in Leeds helped her gain a new perspective on her academic interests of gender studies and environmental policy, and helped her land an internship with the United Nations Development Program in Saudi Arabia the following semester.

“I think that study abroad really was crucial for getting that internship,” Alkhiami said. “Internships with the U.N. are very difficult to get, but when my interviewer heard I’d come to study in the U.S. and had studied abroad in the U.K., she said, ‘You know what? You’re international enough to work here!’” 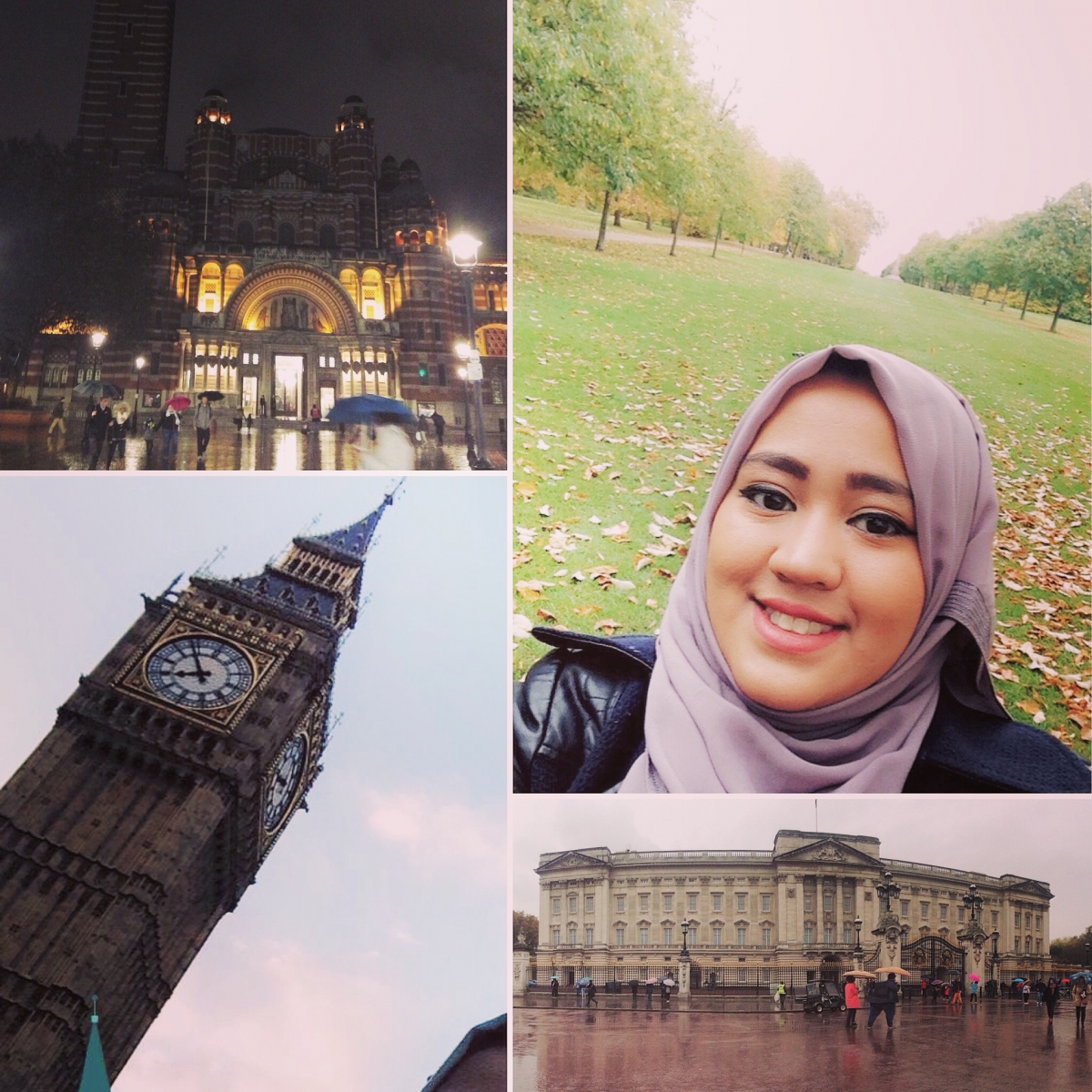 Amani Alkhiami enjoyed the ability to sightsee around the U.K., showcased in this collage

For Coker, her semester in Senegal aligned perfectly with her interest in global health and francophone Africa, allowing her to not just study, but to also conduct real-world research on the effects of air pollution in West African cities, which will form the basis for her SIA capstone paper. Her Penn State connection was a big part of her work in Senegal, as Penn State professor Gregory Jenkins helped her make contacts in the local hospital in Dakar to begin her research.

“I think that’s what’s so attractive about this program for grad students,” Coker said. “It allows you to find an internship to fit your interests outside the U.S., so you’re able to get real-world experience in anything from cultural development, rural development, business, microfinance, or anything and anywhere else you might be interested in.”

Kenani spent his semester abroad in Kenya, studying international development policy and the Swahili language and interning at a social enterprise startup called Eco Fuels Kenya that converts the nuts of the croton tree into an organic fuel source and a fertilizer to help fight desertification. He did everything from research and grant proposal writing to helping run a tree-planting program and collecting croton nuts from farmers and Kenyan families. 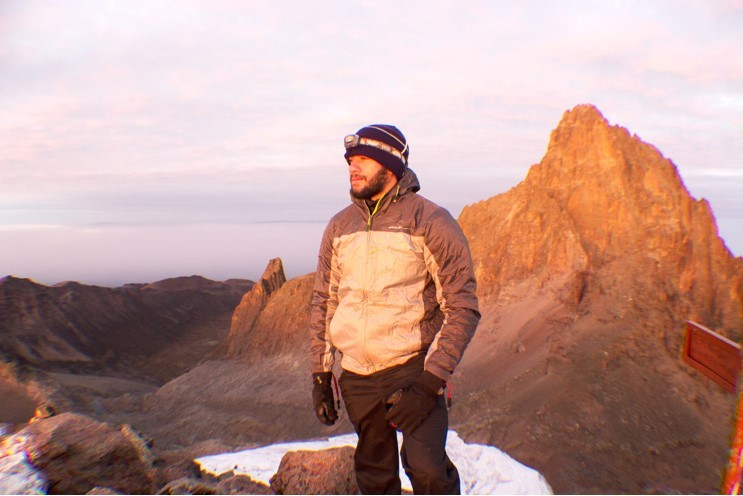 Patrick Kenani got to enjoy the natural beauty of Kenya, including by climbing Mt. Kenya.

In addition to making contacts in academia and industry, one of Kenani’s favorite parts of his experience abroad was the people. He lived with a Kenyan family, who welcomed him into their home as one of their own, and met people from diverse walks of life over the course of his internship. One of his most striking experiences was from one his first days on the internship, when he spent several hours with a colleague collecting nuts from a family in Timau in the Kenyan countryside. The family then insisted that the two join them for a meal.

“It was a mud house, we’re there for a few hours meeting his family and his kids, talking and sharing stories, and they invite us in for chai and githeri, which is a popular dish of corn and beans, and it was delicious—the best that I had,” Kenani said. “You have to think, these people have no money at all, and they’re feeding some stranger. It was a truly humbling experience.”

Louk’s experience in Shanghai, while very different in many ways, left her with a similar conclusion: “No matter the culture, kindness is universal.”

One of her first experiences upon arriving in China was trying to find her way to her orientation. Although she knew little Chinese (a skill she’s proud to say was greatly honed over her semester in Shanghai), she was “passed from kind person to kind person” who helped her find her way—even the taxi driver who finally got her to the restaurant where the orientation dinner was being held refused to take her money until he knew for sure she was safely at her destination. 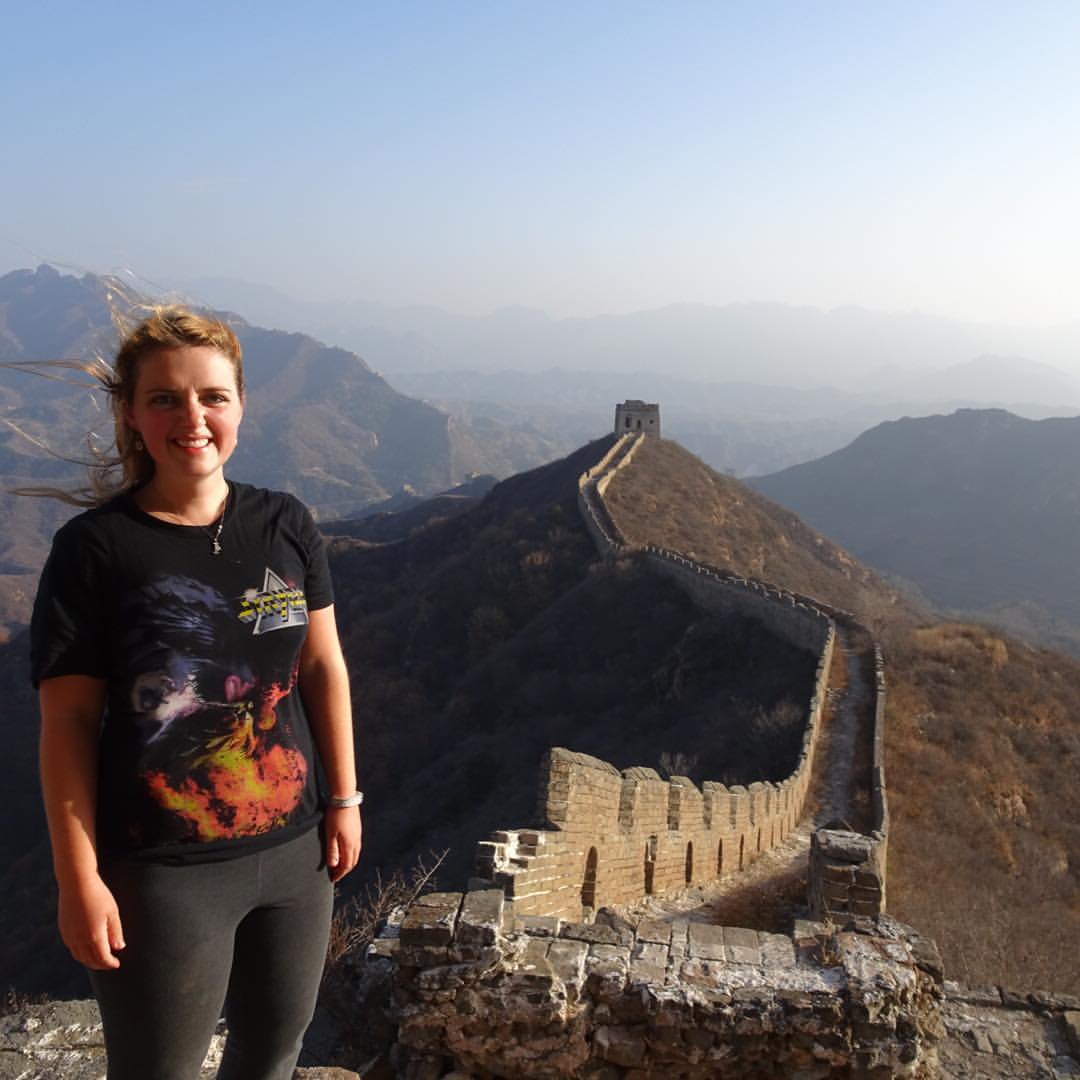 Tiffany Louk made the most of her time in China, with trips to Taiwan and the Great Wall.

From there, Louk says her time in Shanghai only strengthened her language skills, her appreciation of Chinese culture, and her international professional network. In addition to studying Mandarin and the culture and cognition of East Asia, she also worked as a marketing intern for Pinyin Press, where she did market research, helped set up their online marketplace, and wrote product descriptions for the international market.

“I would definitely encourage any SIA student to apply,” Louk said. “It was an incredible experience, and it gave me a lot of lifelong memories.”

Coker agrees, saying that this kind of education abroad is especially important for students of international affairs, and especially at this moment in history.

“These kinds of experiences have perhaps never been more important, especially in our program as a school of international affairs, so it’s really great to have the opportunity to see and learn more about other cultures first hand,” Coker said. “No matter where your career takes you, you’re going to meet people from other cultures with different worldviews than yours. This is an opportunity to learn how to facilitate those conversations, which I think is much needed in the times we’re living in right now.”

Get the news by email