Shoba Sivaprasad Wadhia is the founding director of Penn State’s Center for Immigrants’ Rights Clinic, where immigration policy and impact are researched and critiqued at every level, from Washington County, PA to Washington, D.C. There, the students produce resources for organizations like the ACLU, American Immigration Council, and National Immigrant Justice Center. Closer to home, the clinic provides council for Pennsylvanians facing deportation or other legal action.

Wadhia’s goal is for students to gain the skills required to be effective immigration advocates and attorneys, so day-to-day responsibilities range from interviewing a local client to writing a white paper for an international NGO. Through the clinic, Wadhia and her students have reached more than 500 individuals and families in the state, and are solving real problems for communities across Pennsylvania. 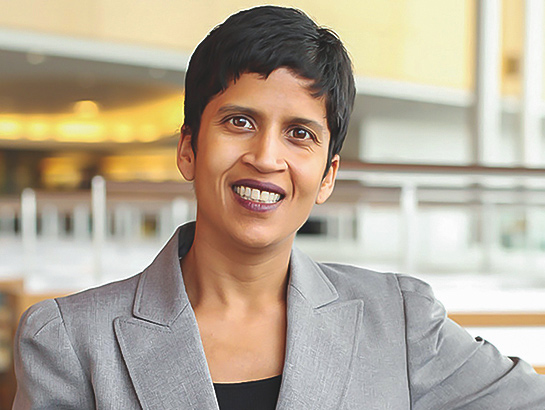 Because we have an obligation to protect people who need it.

“An awareness of the way immigration works and how people are impacted by it is crucial for creating empathy and an understanding for the human experience. My goal has always been to align with the idea that every person deserves an equal opportunity and every human life is equal.”

Providing a Foundation of Knowledge

Since arriving at Penn State in 2008, Shoba Sivaprasad Wadhia has worked to train law students to become effective immigration attorneys and advocates as the founding director of the Center for Immigrants’ Rights Clinic. The in-house center provides law students with hands-on clinical training in immigration law through three pillars: community outreach and education, pro bono legal support, and policy work.

“We really work hard to provide information that is easy to understand and accurate. Having that information allows Pennsylvanians to make their own choices and decisions, but to do so with a foundation of knowledge that may otherwise be unavailable.”

Wadhia said immigration law is comparable in complexity to the tax code, only with more misinformation and public controversy surrounding it. That’s why she and her students put considerable time and effort into working with local municipalities and community organizations to provide fact-based education and public outreach on particularly complex areas of immigration law to the public, University community, faith-based groups, school districts, and communities affected by ever-changing immigration policies.

“We really work hard to provide information that is easy to understand and accurate,” Wadhia said. “Having that information allows Pennsylvanians to make their own choices and decisions, but to do so with a foundation of knowledge that may otherwise be unavailable.”

Driven by a desire to make a difference in the human condition, Wadhia fell in love with the complication and challenge — but also the richness — associated with immigration law. She embarked on a legal career that took her from private practice, to working for an immigration-focused nonprofit in Washington, D.C., to nurturing future immigration lawyers as a faculty member at Penn State Law.

“The students are very hands on, and the whole idea is to learn by doing,” said Wadhia, who noted that between five and eight students participate in the clinic each semester. “Students work on cases and projects for credit, but they are primarily the ones behind the wheel making decisions and driving the work.”

“One of my goals is for students to understand the relationship between immigration law, policy and politics, and to really have a lens into how interdependent and related they are to one another.”

In addition to serving as an information clearinghouse on immigration law and policy and providing legal support in individual immigration cases, the clinic engages in policy work on immigration issues nationally. For example, students in the clinic engaged in an empirical review of a rule requiring those facing persecution in their home country to file for asylum within one year of arriving in the United States. The students tracked hundreds of cases to determine the degree to which people were denied asylum based solely on the one-year filing rule and not on the merit of their case. The effort turned into a policy report that a student later presented to the U.S. Department of Justice.

“We are everywhere, from a basement of a church on Allen Street in State College to the White House,” said Wadhia. “That’s literally the spectrum of where our work has landed, and where we’ve presented our ideas and products.”

While clinical education is by no means unique to Penn State Law, Wadhia said she believes the Center for Immigrants’ Rights Clinic is unique in that considerable attention is paid to all three pillars of the center’s mission.

“One of my goals is for students to understand the relationship between immigration law, policy and politics, and to really have a lens into how interdependent and related they are to one another,” she said.

As immigration policy continues to change, the center is filling a considerable need by providing critical information and resources to the people of the Commonwealth — both those directly impacted by immigration policy and the broader community. 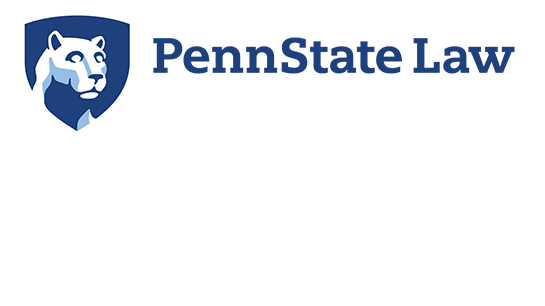 Teaming Up Against Bullying