While great strides have been made in reducing measles outbreaks in the United States, for many remote communities around the world, the disease is still a very real concern. The World Health Organization estimates there were more than 170,000 measles cases worldwide in 2017, the majority of which occurred in underserved areas with a lack of access to health care. To complicate matters, it’s especially hard to prevent outbreaks in areas where seasonal population migrations influence the amount of health care resources needed.

But as Nita Bharti has found, the answer to providing accessible health care in these areas might lie in satellite imagery. As part of research with Penn State’s Center for Infectious Disease Dynamics and the Huck Institutes of the Life Sciences, Bharti has discovered a way to use satellite imagery to monitor changes in population sizes that can be difficult to track, particularly seasonal migration patterns. With this tool, health care officials can better prepare underserved areas with necessary resources, ensuring they’re well equipped to treat and prevent outbreaks of infectious diseases like measles. 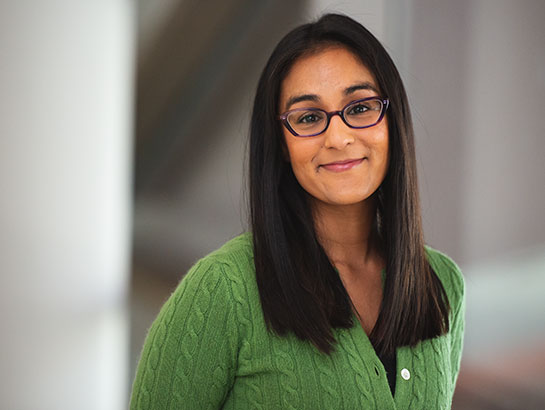 Huck Institutes of the Life Sciences

“Access to vaccinations and health care is limited in much of the world. We can take advantage of population movement patterns to more efficiently distribute health services—the same seasonal gatherings of people that we’ve previously shown to correlate with times of disease transmission risk could also be used to better target public health interventions.”

A Solution in Satellite Images

Each year in the Sahel, a vast band of grasslands just south of the Sahara desert, seasonal farmers and their families move from farms to cities when the long, dry season begins. Many travel long distances to squeeze into already crowded districts, finding spaces in extended family compounds or temporary sites on the city’s edges.

In places like Niamey, capital of the West African nation of Niger, the dry season also brings measles. When the rainy season begins and people return to farms, measles cases drop off abruptly.

Researchers suspected the outbreaks were related to fluxes in population size as migrating families moved into cities. Measles, after all, is highly infectious; it flourishes under crowded conditions. But with no good way to track the changing population in a densely populated place like Niamey, they had little chance to test their hypothesis.

“We knew these places had very important and predictable fluxes in population,” Bharti said, “but no one had ever found a way to measure those changes.”

“Without this imagery, it would be incredibly difficult and require a massive amount of work on the ground to see detailed population changes over six years.” 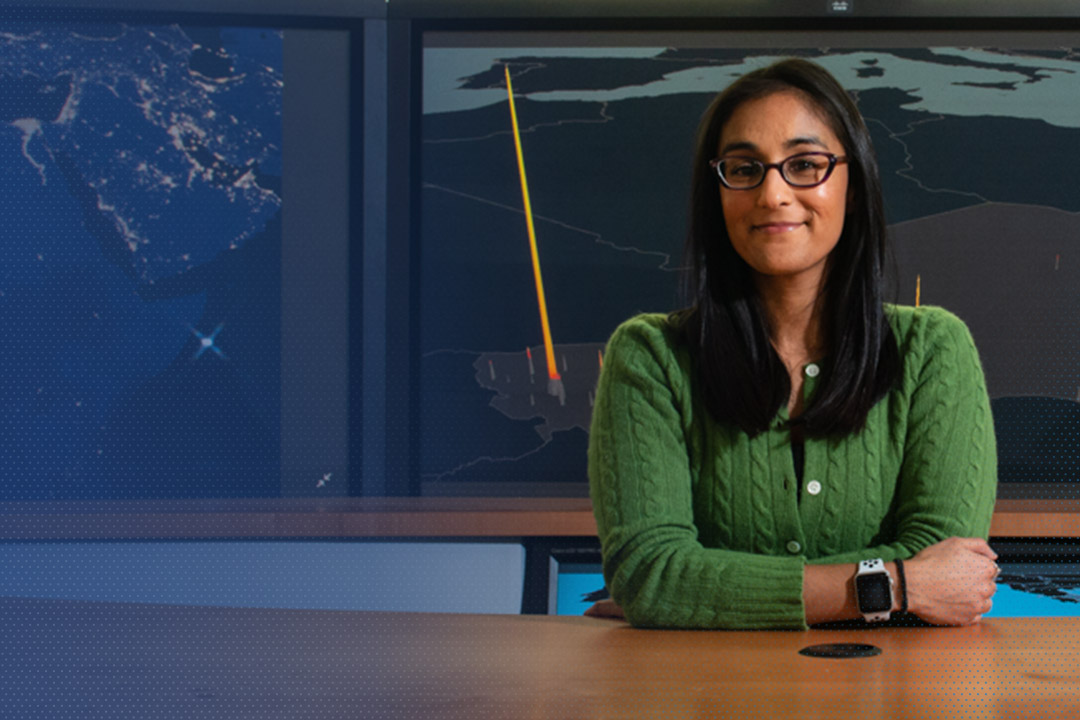 Bharti began working on this problem as a postdoctoral student and continued advancing the research as part of Penn State’s Center for Infectious Disease Dynamics.

Bharti and geographer Andrew Tatem devised a novel solution. They used satellite images of nighttime lights, a data source that had been previously used to create composite images over large periods of time in order to study urbanization and economic development but had never been analyzed across shorter time scales or applied to predicting disease outbreaks.

When large numbers of migrants moved into Niamey, they reasoned, the city would appear both brighter and larger in satellite imagery taken at night, reflecting the increased number of fires and electric lights associated with a swollen population. When seasonal migrants left the city to return to agricultural areas, the nighttime images of the city would dim to reflect a reduced population size. By comparing satellite images over time, they were able to estimate population changes, and then correlate those changes with public-health records of measles outbreaks. 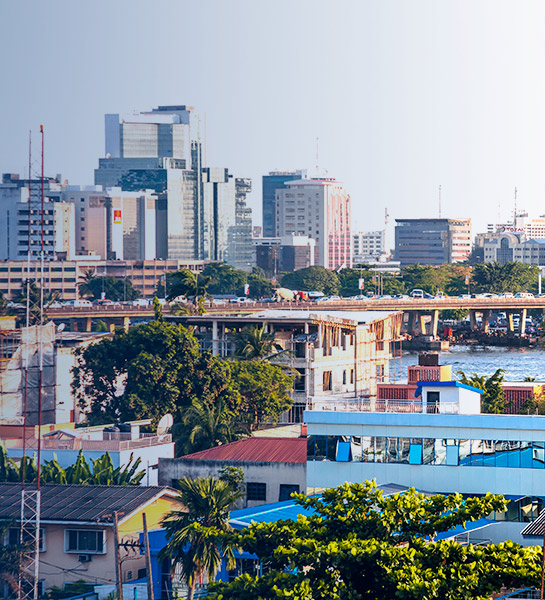 “These are areas where vaccine-preventable diseases such as measles persist. They are also places where well-timed interventions may do the most good.”

Migrant families frequently live beyond the reach of conventional health care; the Sahel is no exception. These families are also often overlooked by population censuses, health surveys, and vaccination campaigns. The small villages where they spend the growing season can be difficult to reach and sparsely populated, making them strategically low risk or low priority. However, these families may, for at least part of the year, constitute a significant portion of the population in nearby cities.

“These are areas where vaccine-preventable diseases such as measles persist. They are also places where well-timed interventions may do the most good,” Bharti said.

In a 2016 study, Bharti and her colleagues developed a model that combined the population estimates Bharti derived from satellite imagery with health care data—such as the timing of measles cases, deaths, and vaccinations—from three municipal districts of Niamey in the winter of 2003–2004.

Bharti’s previous work had conclusively shown that measles outbreaks in Niger’s big cities were not driven by some characteristic of the measles virus itself or some other physical or biological cause, but by predictable seasonal spikes in population.

In the 2003–04 event, Niamey’s public health authorities had undertaken a vaccine campaign during the dry season, when measles cases typically take off, but the campaign had not been as effective as expected. Reviewing the satellite data, the research team found that the campaign had underestimated the total size of the target population, not accounting for the migrant influx. As a result, too few children were vaccinated to effectively slow the spread of disease. The team’s retrospective estimates matched actual measurements of campaign coverage made following the outbreak.

“We could use migrants’ time in the city as an opportunity. That’s when immunization and health care are most accessible to them and easier for governments to provide.”

Now that Bharti has proven her method works, she is eager to use it to better target public health interventions for other highly communicable diseases where fluctuating populations play a role. To help governments, health care officials, and researchers provide these kinds of public health resources, Bharti and her team have made their satellite data and analysis methods available via an online, open-access journal.

“Without this imagery,” Bharti said, “it would be incredibly difficult and require a massive amount of work on the ground to see detailed population changes over six years.”

In addition to the data release, the researchers have also provided detailed methods for analyzing this type of data, which could be applied to other similar data sets for different time periods and different locations.

“Satellites have been collecting this type of data for decades and even though these particular images were initially collected to study cloud cover, we can use them to address lots of different research questions,” Bharti said. “It’s unconventional, but it’s out there and is reasonably easy to access and it’s underutilized, maybe because people don’t know quite what to do with it or how to get it. That’s why we published these methods as a sort of road map.”

Bharti says that rather than seeing times of high population density only as a time of high risk, public health officials are now taking advantage of them by using tools like satellite imagery.

“We can use migrants’ time in the city as an opportunity,” Bharti said. “That’s when immunization and health care are most accessible to them and easier for governments to provide.” 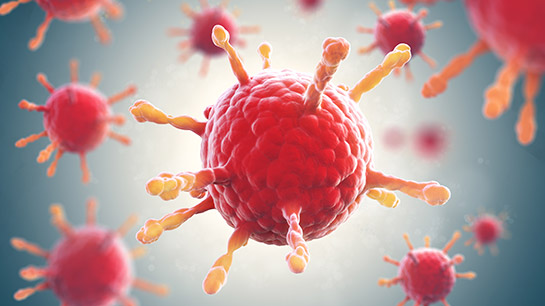 Penn State’s Center for Infectious Disease Dynamics (CIDD) embraces all scales and components of infectious disease biology. CIDD’s interdisciplinary approach, coupled with a dynamic viewpoint, provides insight into how to prevent or reduce infections worldwide. CIDD brings together researchers, academic institutions, health agencies, and industry leaders from across the globe to apply this research to the improvement of human, animal, and plant health. 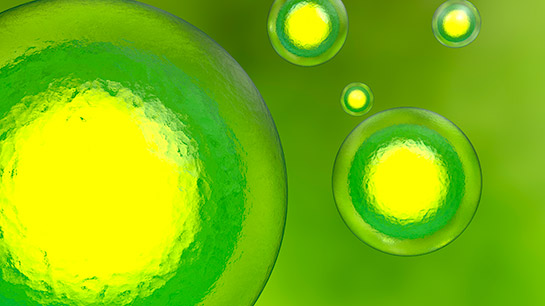 The Huck Institutes of the Life Sciences promotes excellence in research and graduate training in the life sciences. This is achieved by collaborating across eight participating Penn State colleges, twenty-six research institutes and centers of excellence, eleven core instrumentation facilities, and seven advanced graduate programs.