Within the past decade, beekeepers across the globe have observed massive declines in managed honey bee populations. Similar declines have been observed in populations of wild bees and other pollinators. Understanding what is driving these declines is a vital question for researchers, beekeepers, growers, and the public. Several factors are being investigated, including habitat loss, climate change, disease, and pesticide use.

In the United States, honey bees and wild bees contribute $20 billion each to agriculture and industries that depend on agriculture, meaning that fewer bees could lead to smaller harvests and increased food prices. Given their critical role in the nation’s agricultural industry, Penn State’s Christina Grozinger, is leading an interdisciplinary team of faculty and students researching and creating solutions to help honey bees thrive, starting in our own backyards. 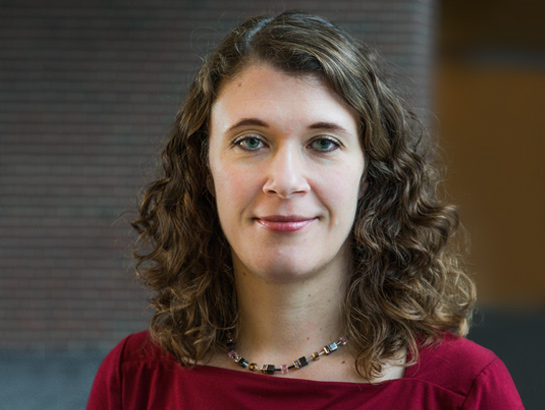 Because when our bees thrive, so does our agriculture.

“People can, on a very local scale, do positive things to address this decline, as opposed to larger scale environmental issues. People can think creatively about how they manage their own land—whether it’s their yard, a field, or a solar farm—they can ask themselves, ‘how can I help bees and other pollinators?’”

Grozinger’s lab is part of Penn State’s Center for Pollinator Research, an international leader in the area of pollinator health and conservation. The center is comprised of more than twenty-five faculty members and includes researchers, educators, Penn State Extension specialists, and outreach coordinators spanning multiple departments and colleges. This dynamic community is committed to studying the factors impacting pollinator health and developing and implementing creative approaches to pollinator conservation.

“We attract outstanding students, and they create projects that bridge labs and bring different groups together to solve problems.” 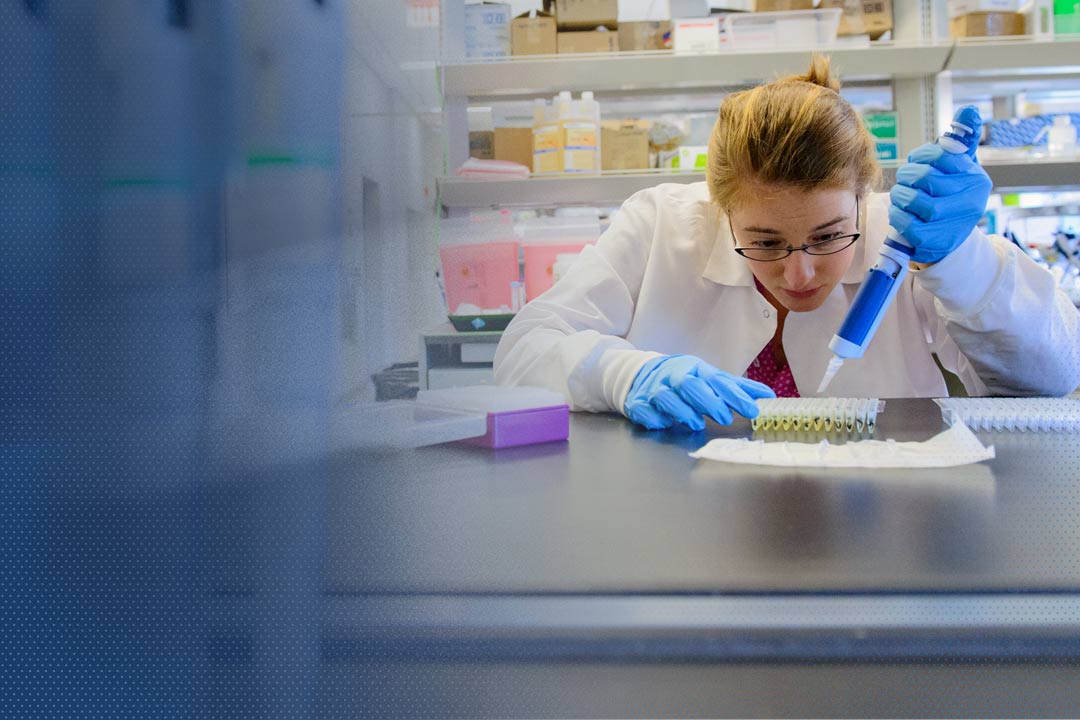 According to researchers with the center, honey bee populations in the United States and Europe have suffered large losses. Exposure to parasites and pesticides, climate change, a loss of the natural abundance of flora due to increased land-use, and habitat destruction are a few of the causes researchers associate with honey bee population decline. Several studies show that in the United States alone, beekeepers have lost about 30 percent of their colonies every year since 2006, with total annual losses reaching as high as 40 percent. Similarly, many populations of wild bees are also showing declines, with many species now threatened or endangered.

These declines are a major cause for concern for those in the agricultural industry as well as consumers. Nearly 75 percent of major food crops, including fruits, vegetables, and nuts depend on honey bees and other pollinators, which equates to about one in every three bites of food we eat. In Pennsylvania alone, these crops contribute $260 million to the economy annually.

The scope of the pollinator crisis, coupled with a long-standing interest from members of the Penn State community to work on globally important problems, has attracted a diverse group of researchers and educators to bring their own unique perspectives to address the issue.

“In the beginning, there was a core group of people who worked on bees, but it wasn’t very many,” Grozinger says. “Then, because Penn State is a really collaborative place, so many others began to see ways they could apply their own research, extension, and outreach efforts to these issues.”

“Our research strengths in pollinator health are a function of Penn State’s collaborative spirit and interest in working on problems that are globally important.” 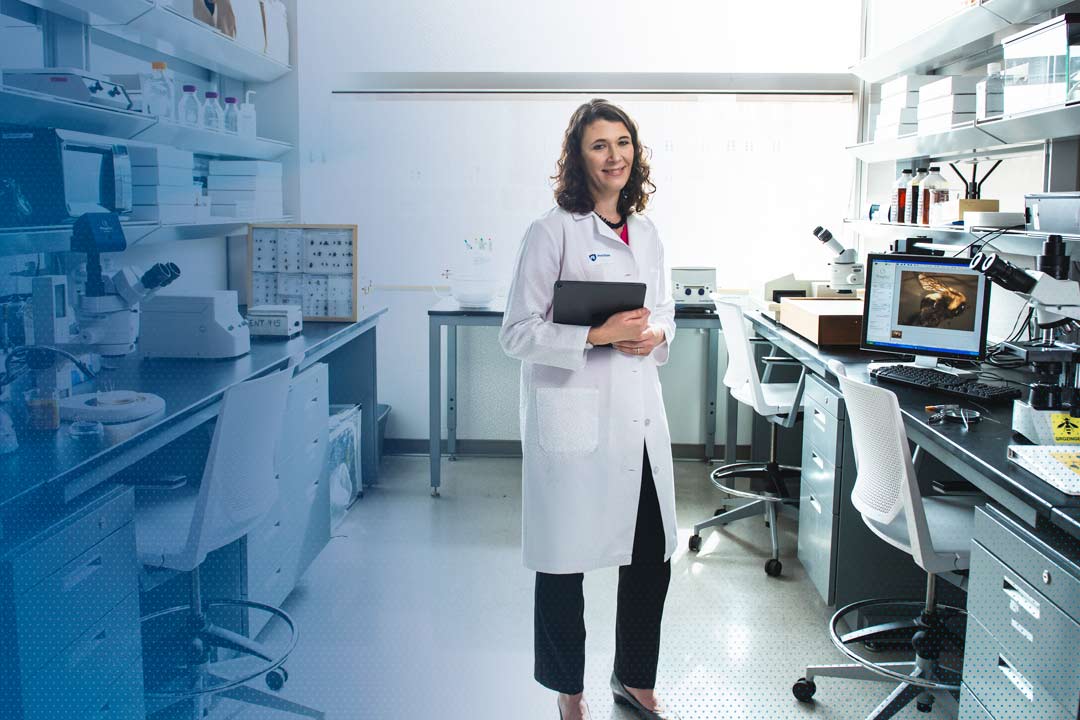 Using an integrative approach, Grozinger and her research team examine bee health by assessing how certain stressors impact bees at the molecular, physiological, and behavioral level, then how those individual effects lead to larger colony-level changes. With this information, the team then looks to see how responses to stressors might inform potential solutions. Their research spans a variety of disciplines including genomics, epigenetics, neurobiology, and ecology.

“Our research strengths in pollinator health are a function of Penn State’s collaborative spirit and interest in working on problems that are globally important,” says Grozinger. “We attract outstanding students, too, and they create projects that bridge labs and bring different groups together to solve problems.”

Through continued research on how stressors are impacting bee populations, Grozinger believes that we can begin to alleviate their decline.

“Honey bees are really critical pollinators and if we can understand how they’re responding to these different stressors and find ways to make them respond better and buffer them, then I think we’ve done something really important, not only for agriculture but our ecosystems.”

According to Grozinger, everyone can take steps to make positive impacts on pollinators. If an entire community made small-scale changes in land management, the payoff would be widely felt.

“It’s important to consider that 90 percent of flowering plant species use pollinators to set seed and produce fruit, which then supports other wildlife. Pollinators are vital for healthy ecosystems. By taking steps to help pollinators, like bees, we’re also helping ourselves in the end.”

“Bees are very good representatives of larger issues like how to live thoughtfully in the world to maintain biodiversity and resilient environmental systems,” said Grozinger. “It’s important to consider that 90 percent of flowering plant species use pollinators to set seed and produce fruit, which then supports other wildlife. Pollinators are vital for healthy ecosystems. By taking steps to help pollinators, like bees, we’re also helping ourselves in the end.”

Building from research, the center, in collaboration with Penn State Extension, provides a wide range of resources aimed at encouraging healthy bee populations, which are available to anyone—from farmers to beekeepers and gardeners.

For example, a Beekeeping 101 online course is available to anyone who wishes to learn more about beekeeping, whether they have an experienced background or not. Penn State Extension Master Gardeners also work through the center to offer a Pollinator Garden Certification, which educates gardeners on the types of trees and plants that provide habitats attractive to pollinators. The center also launched an online tool and community, Beescape.org, which will allow users to assess the quality of their landscapes for supporting bee populations and contribute to the center’s research mission. 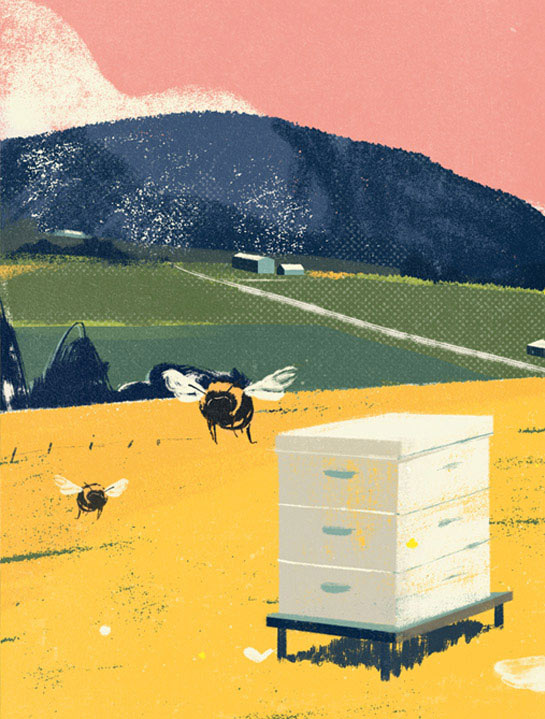 “Sustainability and conservation aren’t just things that happen in a nature reserve; they happen in our backyards.”

As a visual showcase and support for the center’s research, the Arboretum at Penn State is creating a two-acre Pollinators Garden, which will provide opportunities for others to learn how to incorporate pollinators into their landscapes.

In addition to the multitude of events and workshops held each year, the center is also responsible for bringing together experts from across the globe as part of the International Conference on Pollinator Biology, Health and Policy. The conference, which has positioned Penn State as a leader in bringing together expertise in addressing pollinator health, aims to translate research results into solutions for broader application and diverse communities.

“Sustainability and conservation aren’t just things that happen in a nature reserve; they happen in our backyards,” said Grozinger. “We really want to shift perceptions into new ways of thinking. People are really excited about that, and we are giving them the tools to tackle the pollinator crisis themselves.” 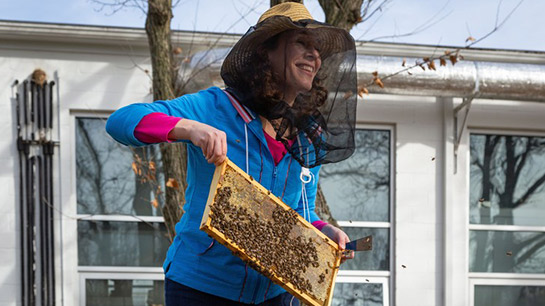 In January 2021, Grozinger was named the recipient of the 2021 National Academy of Sciences Prize in Food and Agriculture Sciences. The award recognizes recipients’ extraordinary scientific achievements in a wide range of fields spanning the physical, biological, social, and medical sciences. Learn more in this Penn State News article (January 21, 2021). 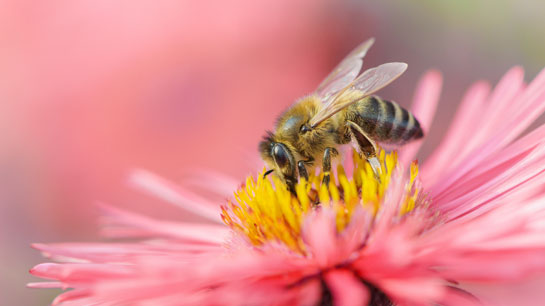 The Center for Pollinator Research is committed to developing and implementing integrative, multidisciplinary initiatives focused on pollinator health, conservation, and management. Through research, education, outreach, and policy, the center seeks to ensure the health of pollinator communities in Pennsylvania and around the world. 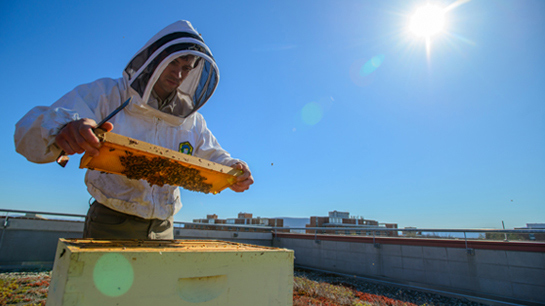